How can we help you today?

How to define changing rooms and lockers. Print

If we access "lockers" we will see the lockers we have already created and the wardrobe to which they belong; that is specified when creating new lockers: 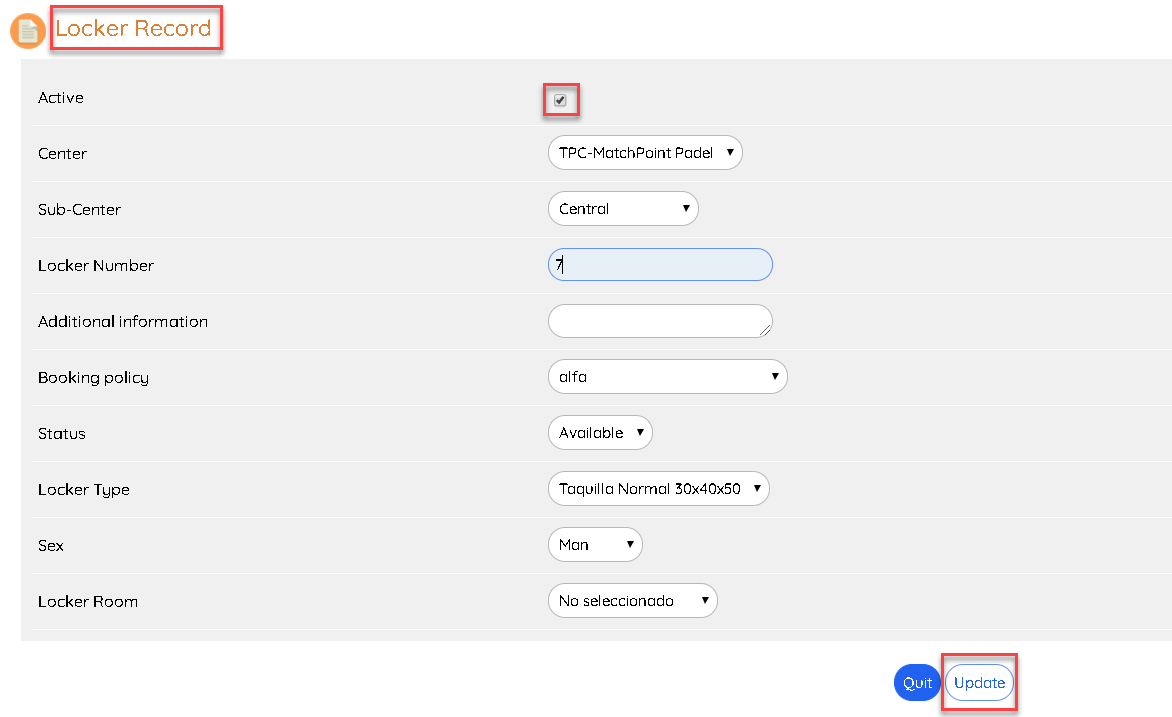 When creating a new box office we must indicate to the center to which it belongs, the sub-center, the box office number (which is a mandatory field), if we want to highlight some observation, blocked which prevents the use of said box office, the state of the box office either occupied or free, the type, whether it is a man’s, woman’s or mixed locker and the locker to which it belongs. Besides, we’ll be able to see if they’re busy, the type of locker and the sex.

, you can see the box office owners (if they have any).

System -> Installations -> Changing rooms, we can see the changing rooms we have created:

As we can see, the list of changing rooms we have in the center will appear, if we have not created any, the list will be empty. To add new costumes, we will press the icon of

, to edit the already created we will press

and to remove them we will press

When we create a new one we will see the "Wardrobe Profile":

Here we must specify the centre to which the costumes belong, the sub-centre, the name of the costumes, observations and timetable.

Once created, we can press the edit icon and see the General and Content sections. In General you will find the information that we have specified in the creation of the wardrobe, and in Content we will see the lockers that contain the wardrobe.

and these lockers will be contained in the locker from which we create them. We can also edit the already created lockers by pressing

and to delete them by pressing

Did you find it helpful? Yes No

Send feedback
Sorry we couldn't be helpful. Help us improve this article with your feedback.