How can we help you today?

For the control of which quotas are suspended there are several points where they appear separate from the rest.

-MANAGEMENT OF THE SUSPENSION:

When performing or maintaining the suspension, the following data may be reported:

Matter, in case you carry a charge.

Action to be taken at the end of the suspension. 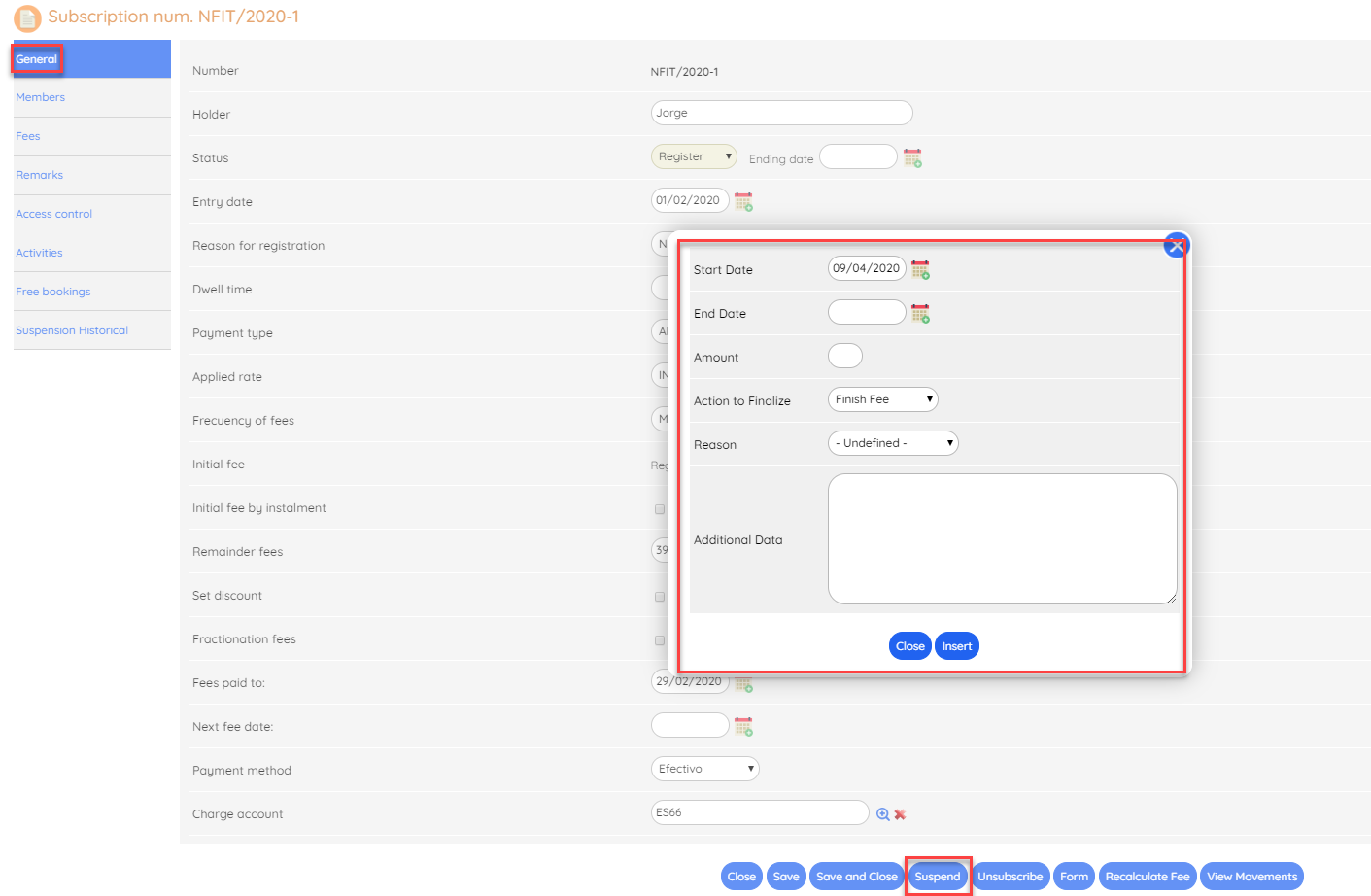 -INFORMATION ABOUT THE CLIENT

Within the client’s tab, they are not active, but with a different status.

Within the quota itself this term is indicated.

-CONTROL OF THE FEES

From the menu Customers -->Subscriptions and contracted services --> Membership Fees we display the search filter, and distinguish those that are "suspended" from the others.

We add a specific control for those who are suspended, to be able to control the maturities.

Here you can locate by suspension dates, and perform different actions such as enlarge, unsubscribe, reactivate...

Did you find it helpful? Yes No

Send feedback
Sorry we couldn't be helpful. Help us improve this article with your feedback.